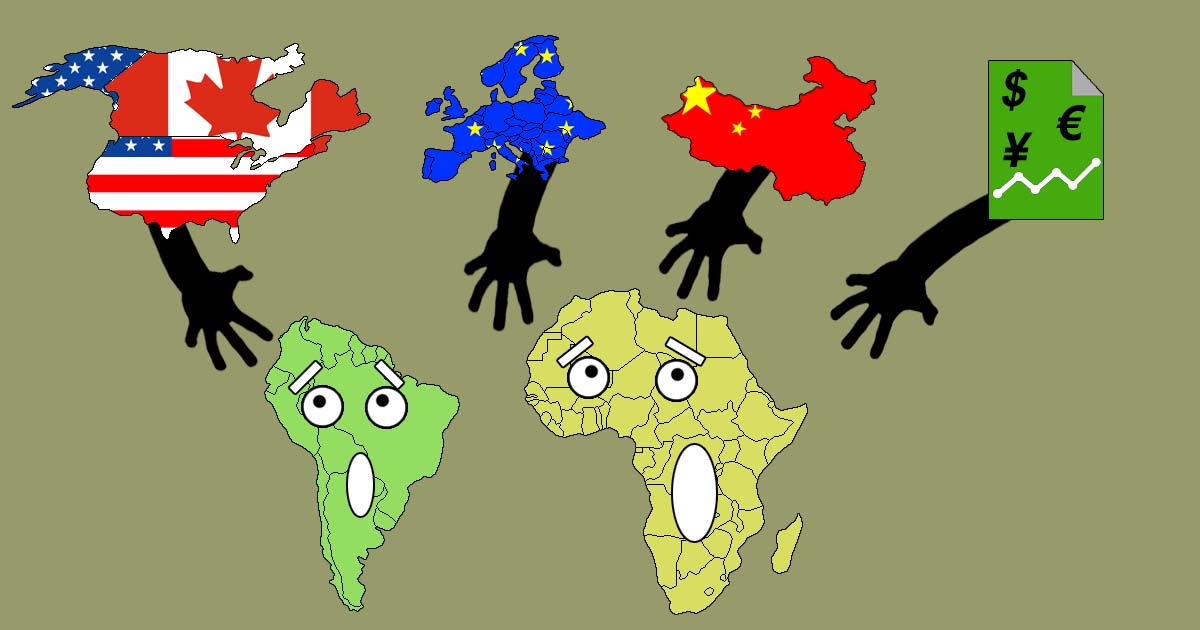 Land seizure, also known as land grabbing, is the illegal appropriation of land, often by very strong state, semi-public and private economic actors. In recent years, this term has been strongly influenced by the purchase of large areas in foreign countries (especially developing and emerging countries).

These are, on the one hand, rapidly expanding Asian countries whose demand for food and agricultural raw materials is rising sharply. Then there are the Gulf states that rely heavily on imports and want to make themselves more independent by purchasing land abroad. Most recently, European and North American conglomerates in particular have acquired land for the cultivation of energy crops. These include financial institutions such as investment funds, banks and hedge funds that have discovered arable land in poor countries as a profitable speculative commodity. At the same time, the basic and urgently needed smallholder structure is being superseded by the take-over of large corporations.