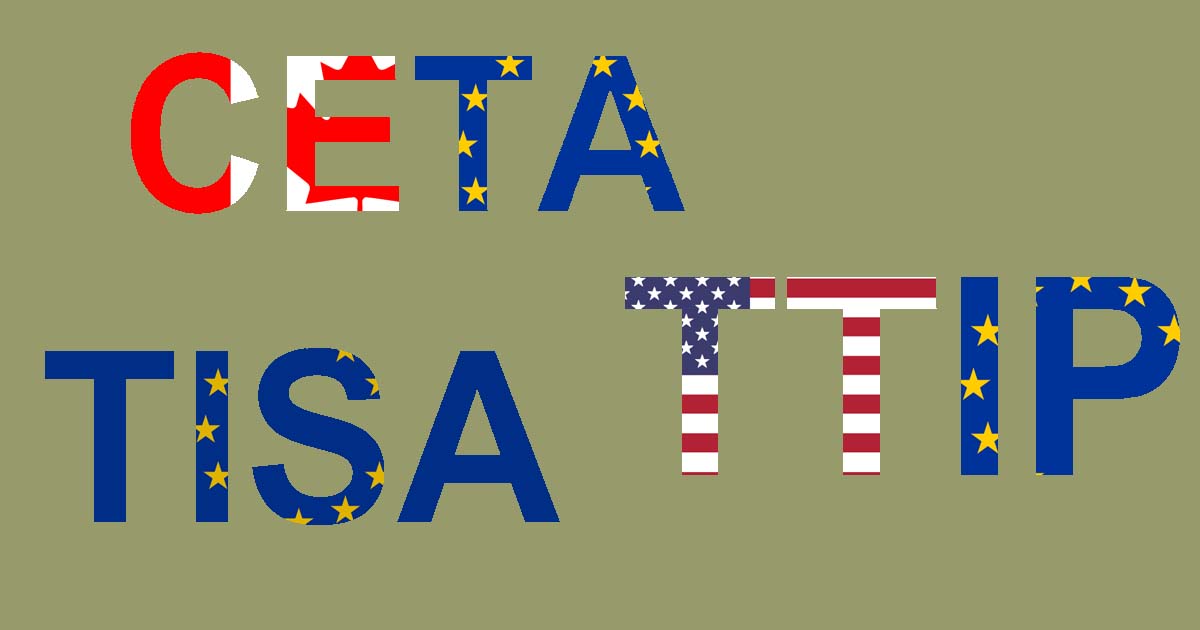 Free trade agreements are increasingly being adopted and serve economic growth. They bear names such as EPA, NAFTA, TTPA, TTIP, CETA, or TISA, and are negotiated in secret negotiations with the public and outside democratically elected representatives of countries. The reason for this is that citizens and citizens' initiatives which raise awareness of these issues are seen as "trade barriers" and are not even included in the negotiations. Citizens. Instead, lobbyists have access to and shape this agreement in favour of the economy. Many of the values and standards that people have struggled to achieve and build up over many centuries are on sale here. They are without exception to the detriment of most states and their citizens and to the benefit of corporations, state alliances such as the EU or federal states such as the USA.

Free trade agreements such as TTIP, CETA, TISA are currently in the starting blocks and are being negotiated between the politicians of the participating countries. According to official authorities, the goal is to provide benefits for all citizens through an increased economy. If you take a closer look, however, you can see the bitter reality, because international corporations in particular will be the beneficiaries, above all, through the reduction of rights and standards and the general reduction of social welfare: