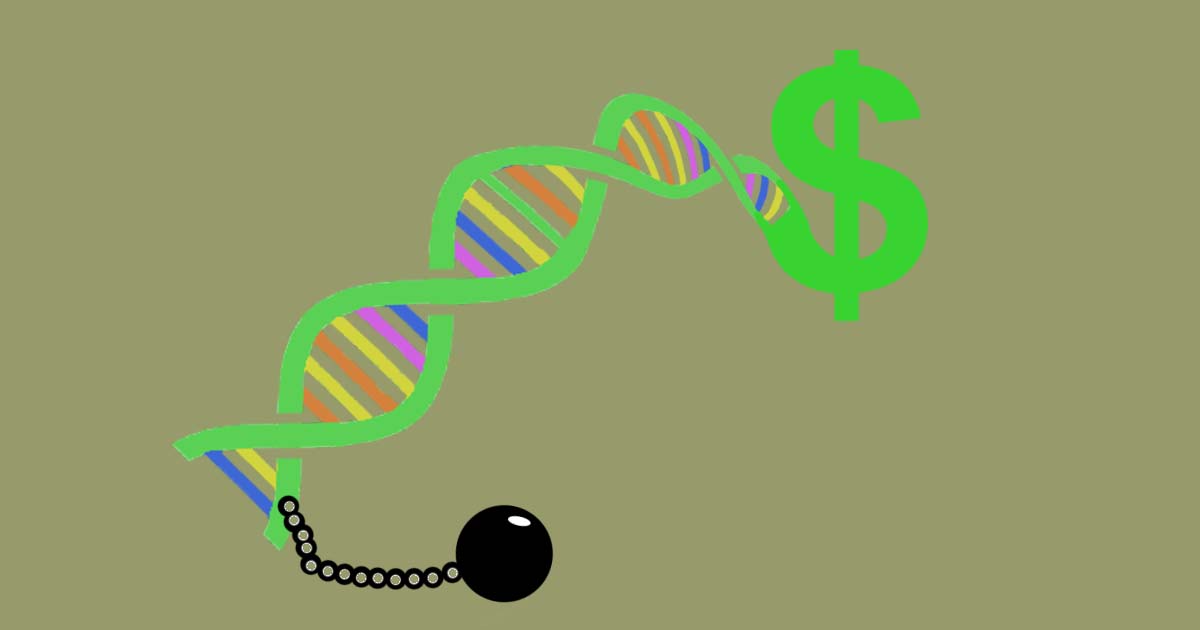 Corporations are making increasing use of this opportunity to obtain the right to the exclusive marketing of crops and animals as well as seeds. This means that they have an exclusive right to sell or grow the food. Patents enable monopolies and prevent competition and further developments.

Worse still, patents on food and organisms are a derailment of the patent system, which was originally created to support and protect investment in research. Patents are actually meant to guarantee that the income from research is also made later on in the form of a temporary exclusive marketing.

In most cases, however, hardly anything is invented in the area of foodstuffs, because they are often simple crossbreeds of the kind that every farmer carries out (unlike genetically modified organisms). Politics, as in almost all other areas, does far too little or nothing to protect consumers from this danger.

Corporations are making increasing use of this opportunity to gain the right to the exclusive marketing of crops and animals, or even seeds, through the hopelessly overburdened and outdated patent system. An overview of patent applications shows that companies such as Bayer, Monsanto, Syngenta or Plant Bioscience are building up a monopoly on a massive scale, regardless of the consequences for agriculture or food security (see also Land Use).

Once a patent has been granted, farmers who use this foodstuff must buy new seeds every year or pay royalties for it. The consequences of patenting are rising prices for food and seeds (keyword food security), the free exchange of seeds between farmers and prohibitions for normal growers to use seeds for further breeding.