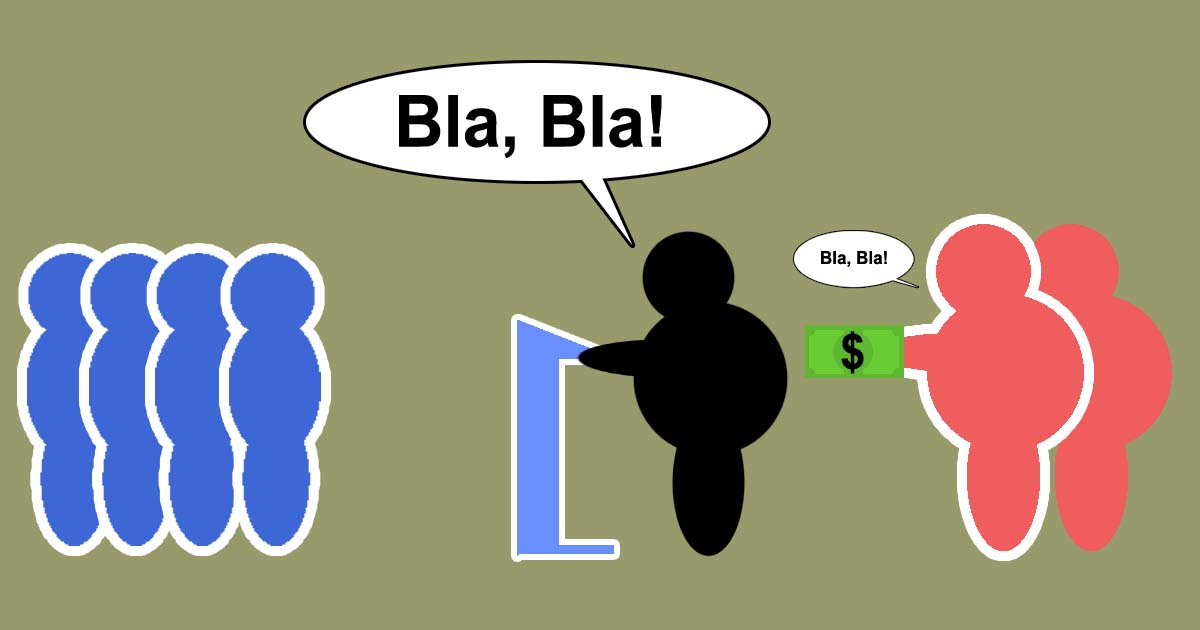 Lobbying is a direct way of influencing various interest groups to influence the political decisions of individual politicians or entire parties in order to change new laws for their own benefit. As a rule, this influence or shadow politics, powerful individuals or corporations and the boundaries to corruption are often exceeded.

What corruption in poorer countries is lobbying in industrialised countries, because power and money can influence politicians and parties. This influence serves the purpose of adapting and softening legislative proposals or existing laws and endangers the public interest. Because by abolishing common regulations and laws and awarding contracts to dubious partners, damage amounts to billions every year.