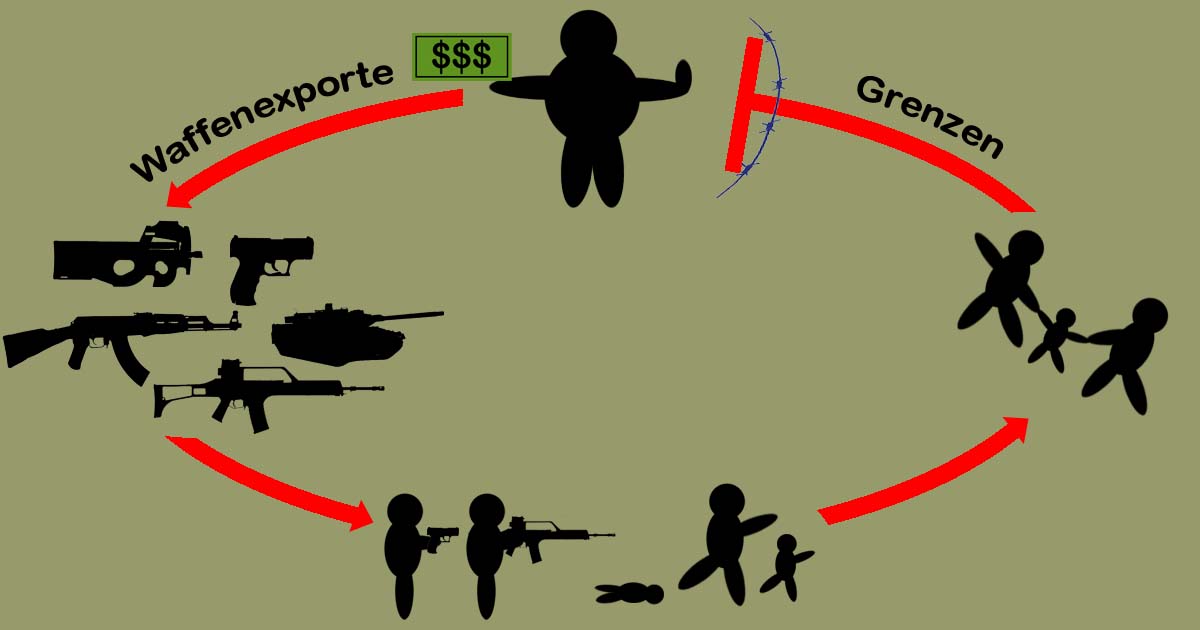 Worldwide, five nations are at the top of the list in arms production and export:

What is unbelievable: four of these nations (USA, Russia, France and Great Britain) are the permanent and most powerful members of the UN Security Council (WSC) and at the same time the world's leading arms exporters. The richest countries in the world supply tanks, warships and fighter planes, rifles, ammunition and surveillance technology quite legally to warring NATO states and to human rights violated states all over the world.

State-of-the-art weapons and weapon systems cause mourning, misery and destroy entire nations. Especially the civilian population is suffering, primarily children and women who are particularly vulnerable in wars, which is why they become refugees. Beneficiaries of this business are the arms-exporting countries, the shareholders and owners of the arms-producing companies.