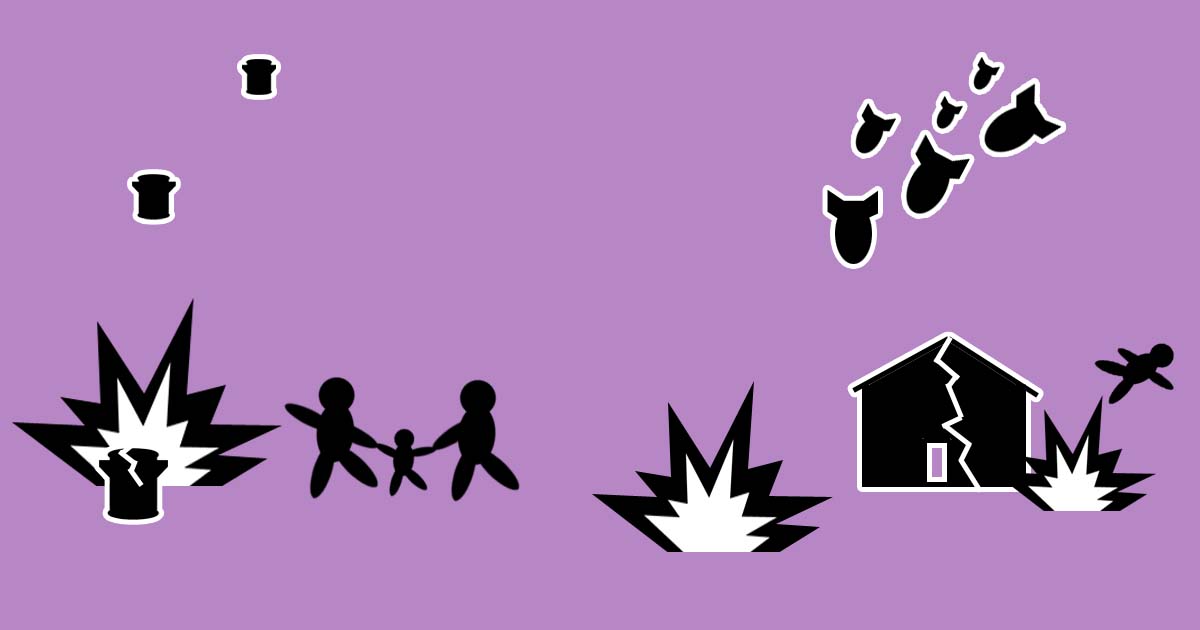 According to UN refugee aid, 60 million people were fleeing in 2014. Ten years ago, it was only 38 million. Reasons to leave one's own homeland are above all violence, persecution, war or destroyed livelihoods. About half of them are so-called IDPs, i. e. people fleeing within their own country. It is estimated that an average of 27.5 million people flee from natural disasters every year, of which between 80 and 90 percent are the result of climate change.

There are many reasons for flight:

UN refugee commissioner António Guterres says:"It is frightening to see that those who cause conflict remain unpunished. At the same time, the international community seems incapable of cooperating to end wars and to create and secure peace."

The majority of the refugees are women, who often travel long and dangerous distances to seek refuge in another country. According to ProAsyl, more than 25,000 people have died while fleeing. It is also becoming increasingly difficult for refugees to overcome the increasingly secure borders with Europe, the USA and other industrialised countries. The reasons for this are the ever more stringent high-security measures, such as the EU Frontex warships, which sink tugboats in the Mediterranean and destroy escape routes.

Even in times of increasing numbers of refugees, these are distributed unevenly throughout the world. richer countries receive far fewer refugees than poor countries. According to the UNHCR report 2014, just under nine out of ten (86 percent) refugees were in countries such as Pakistan, Lebanon or Iran, which are considered to be economically less developed. One in four of these refugees is even admitted to countries such as Ethiopia, Kenya or Chad, which are considered to be the poorest countries in the world. Rich industrialised countries are not even among the top 10 countries in the list of countries granting asylum, but they are all complaining as if they were all in first place (where Turkey has 1.7 million refugees, but above all in order to use them as a means of exerting pressure on Europe).

Once refugees have finally managed to enter a country, they are often racially hostile to the local population and oppressed by exclusion. Violence due to racism and the resulting fear determine the daily life of many refugees. It is precisely in these times that our politicians are failing on a large scale; instead, it is voluntary helpers who, regardless of their own health, are trying to mitigate the mistakes of politicians and serve the common good.