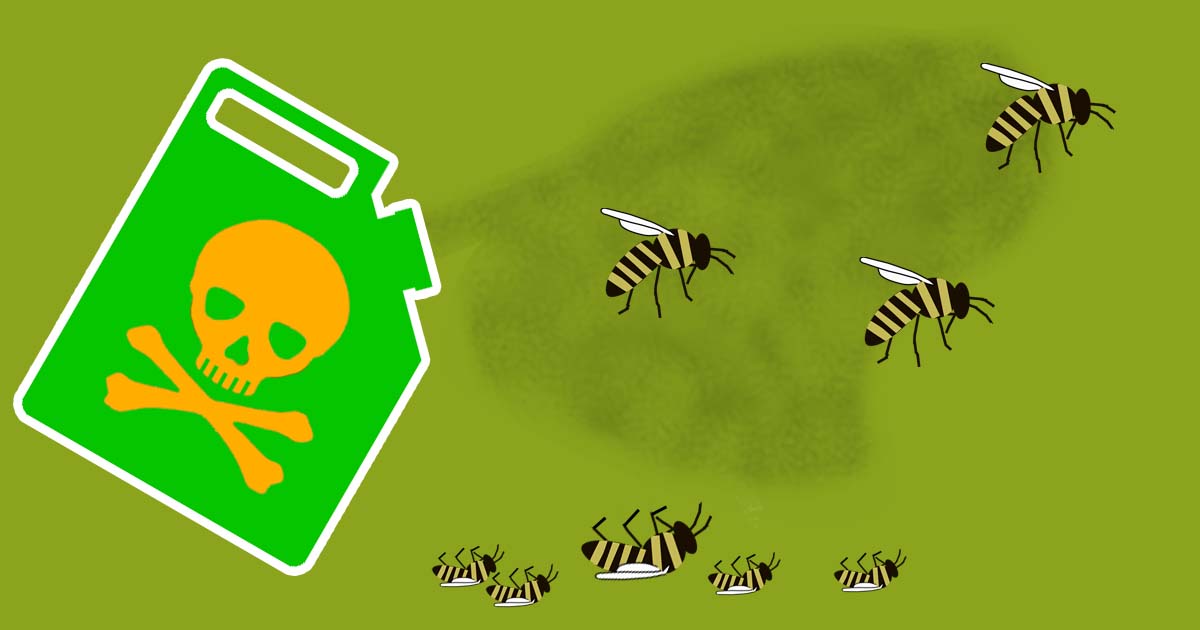 Neonicotinoids, also commonly known as "neonics", are highly effective insecticides for killing unwanted insects in conventional agriculture. Neonics are under suspicion, and there is increasing evidence of permanent adverse effects on other animals. In addition to the unwanted insects, other insects are also affected, such as bees and butterflies, which belong to the pollinators and ensure that the flowering plants continue to bloom and reproduce.

According to studies, neonics damage the nervous system of bees and other insects, which is why queens die earlier, wild bees don't feed any more brood cells and bees are often disorientated and can no longer find their colony or nesting place. According to studies, the growth of the animals is also influenced. The bad thing is that the animals seem to prefer the flowers treated with Neonics because they act like a drug on the bees. Other animals are also affected by the death of insects, as there are more and more gaps in the food chain and biodiversity is being destroyed.