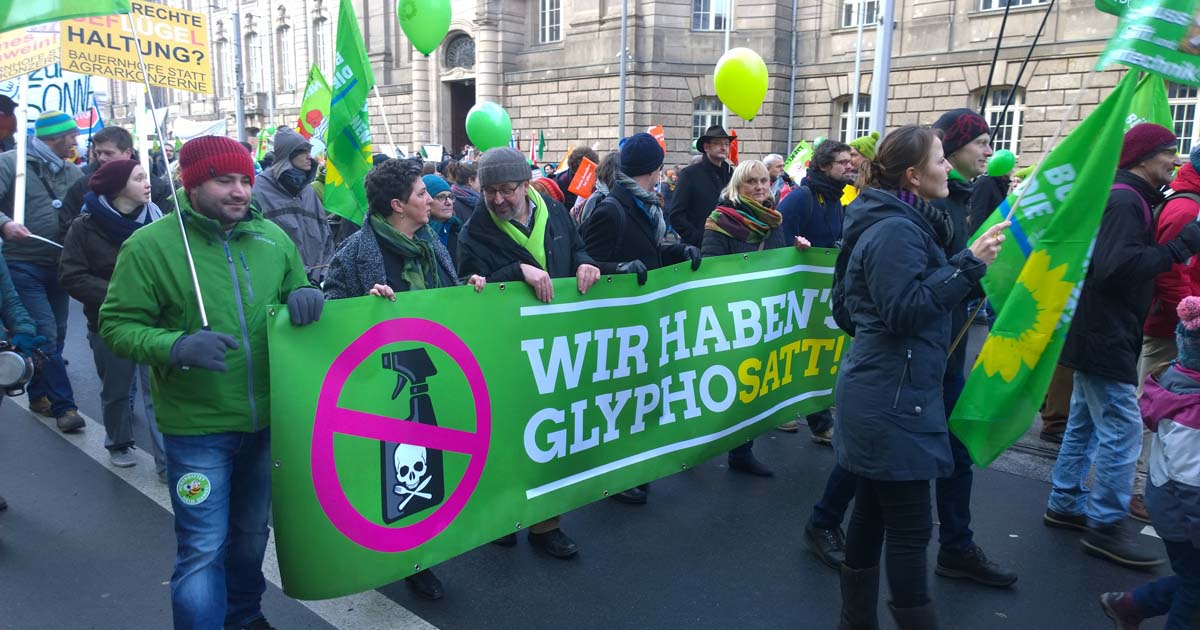 We're sick of it! - Demo for biodiversity and smallholder structures

You can make a lot of noise with cooking pots and spoons. Noise is also necessary in order to draw attention to the unfortunate agricultural policy at today's demo "We are tired of 2018 in Berlin. Your Little Planet! was part of it and part of more than 33,000 people on the streets. We called for a reshaping of the agricultural policy, which has a dubious reputation above all through factory farming, monocultures and the widespread use of poisons such as glyphosate and neonicotinoids. The demo's message is,"Politics must act!" Jochen Fritz is the press spokesman for the "Meine Landwirtschaft" campaign and pointed out the demand of more than 100 organisations:"The conversion to an environmentally, animal and climate-friendly agriculture in which farmers can live well from their work must not be postponed further by politicians.

The demonstration began early in the morning with a tractor demonstration, where 160 farmers from all over Germany arrived in their tractors to take to the streets for important topics of the current agricultural industry. They demonstrated, for example, against the subsidisation of the agricultural industry, which results in the destruction of small and medium-sized farms. The demonstrators also called for a food policy geared to regional and sustainable food production. At noon we continued with a large demonstration of more than 33,000 people in downtown Berlin.

The demonstration also took place alongside the Ministry of Economic Affairs, where the 70 international ministers of agriculture sat together as political decision-makers to formulate common positions for an international agricultural policy. This international conference of agriculture ministers in Berlin today was the political highlight of the three-day conference "Global Forum for Food and Agriculture" (GFFA). The theme of the GFFA was "Shaping the future of livestock production - sustainable, responsible and efficient". The demonstrators gave their best and gave a concert specially for the agriculture ministers in front of the Ministry of Economic Affairs. Musical instruments were cooking pots with cooking spoons as well as whistles, rattles and the mere mouthpiece.

Topics for which the "My Agriculture" campaign is sometimes campaigning with the organised demonstrations are: 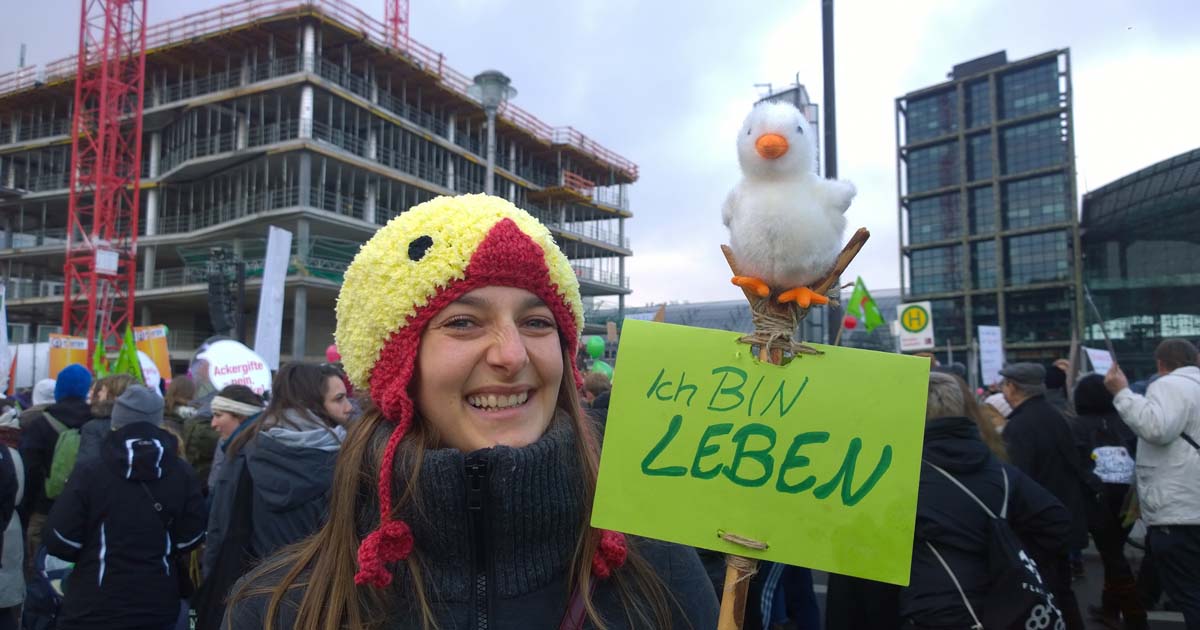 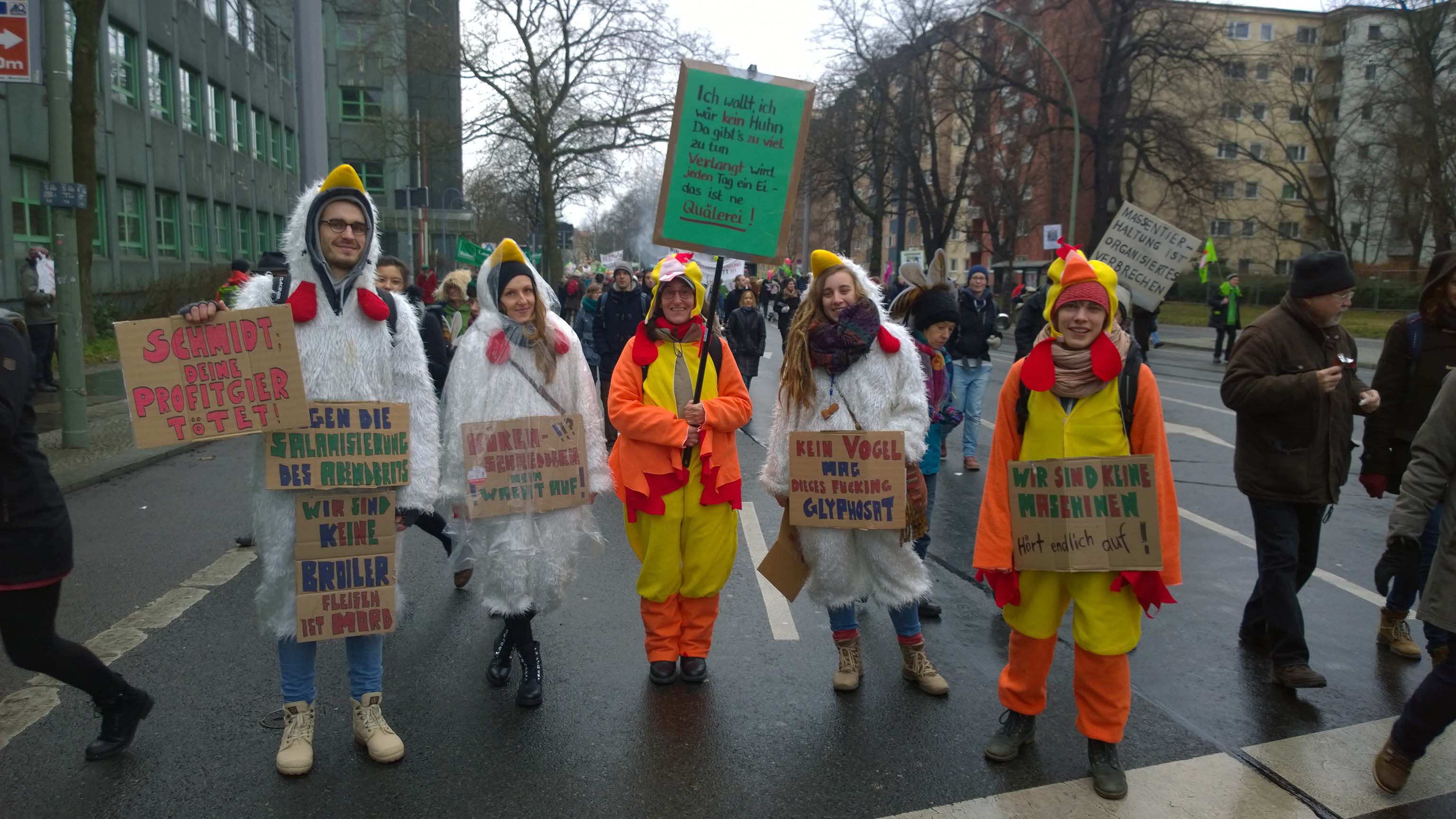 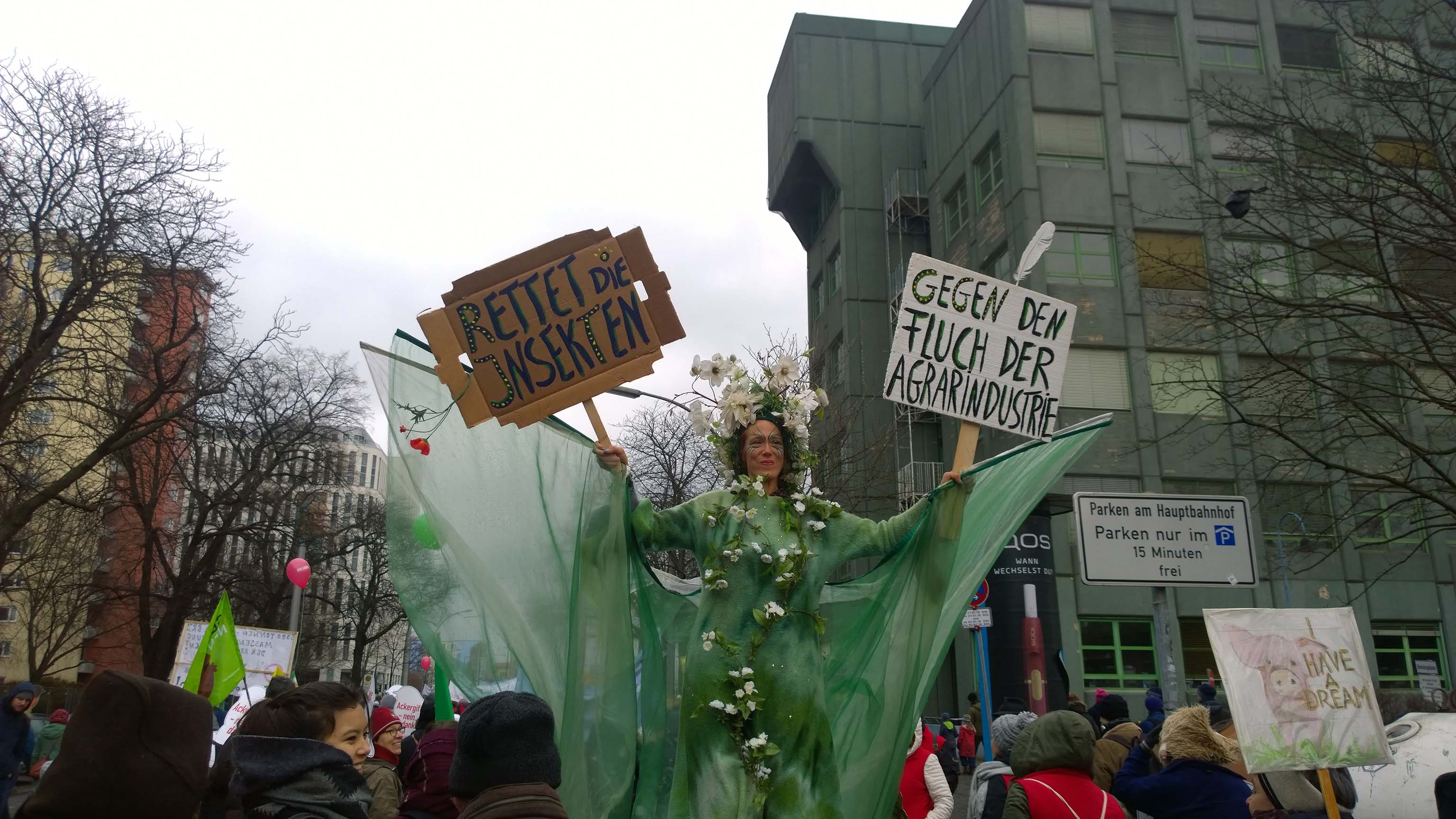 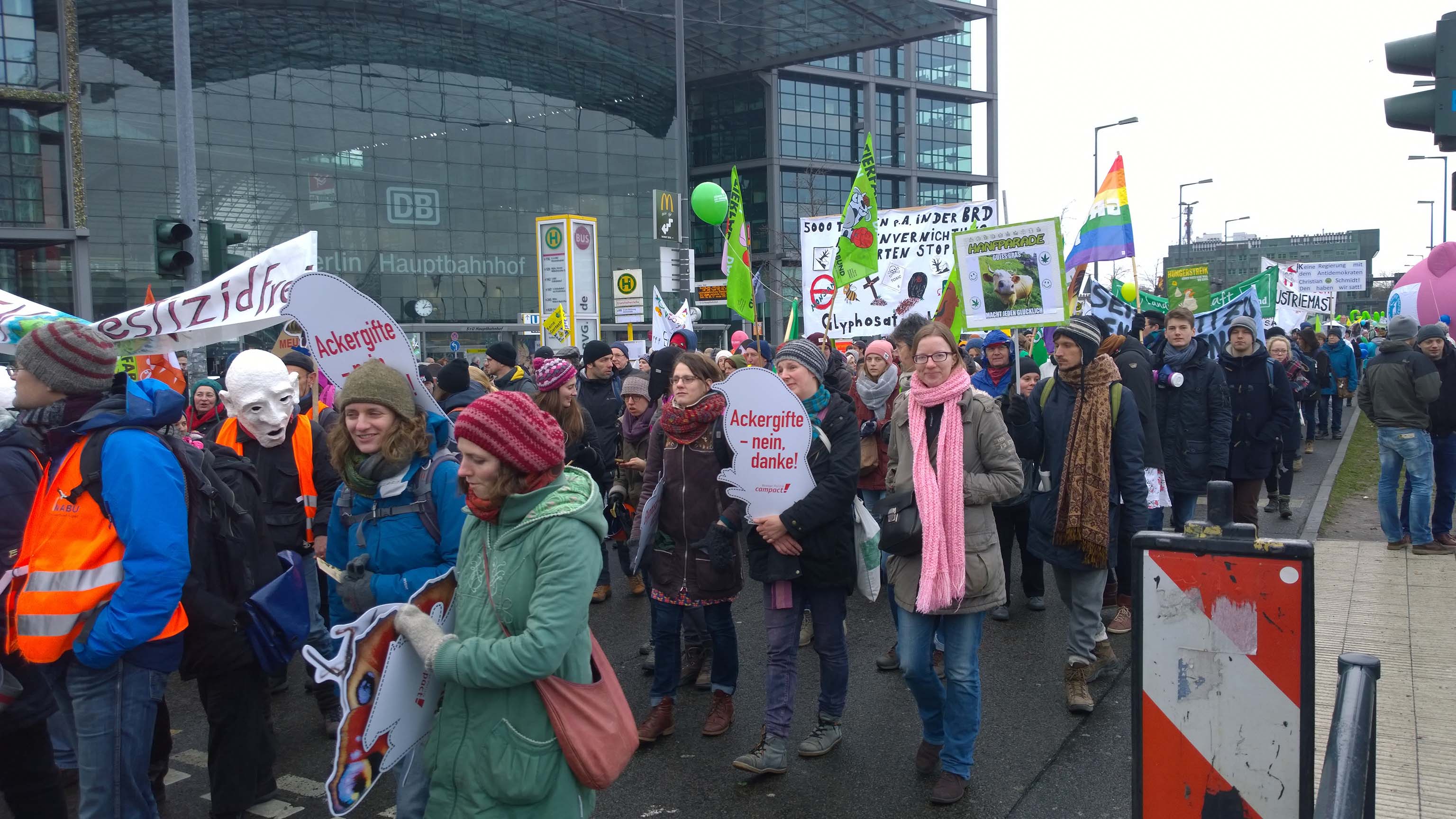 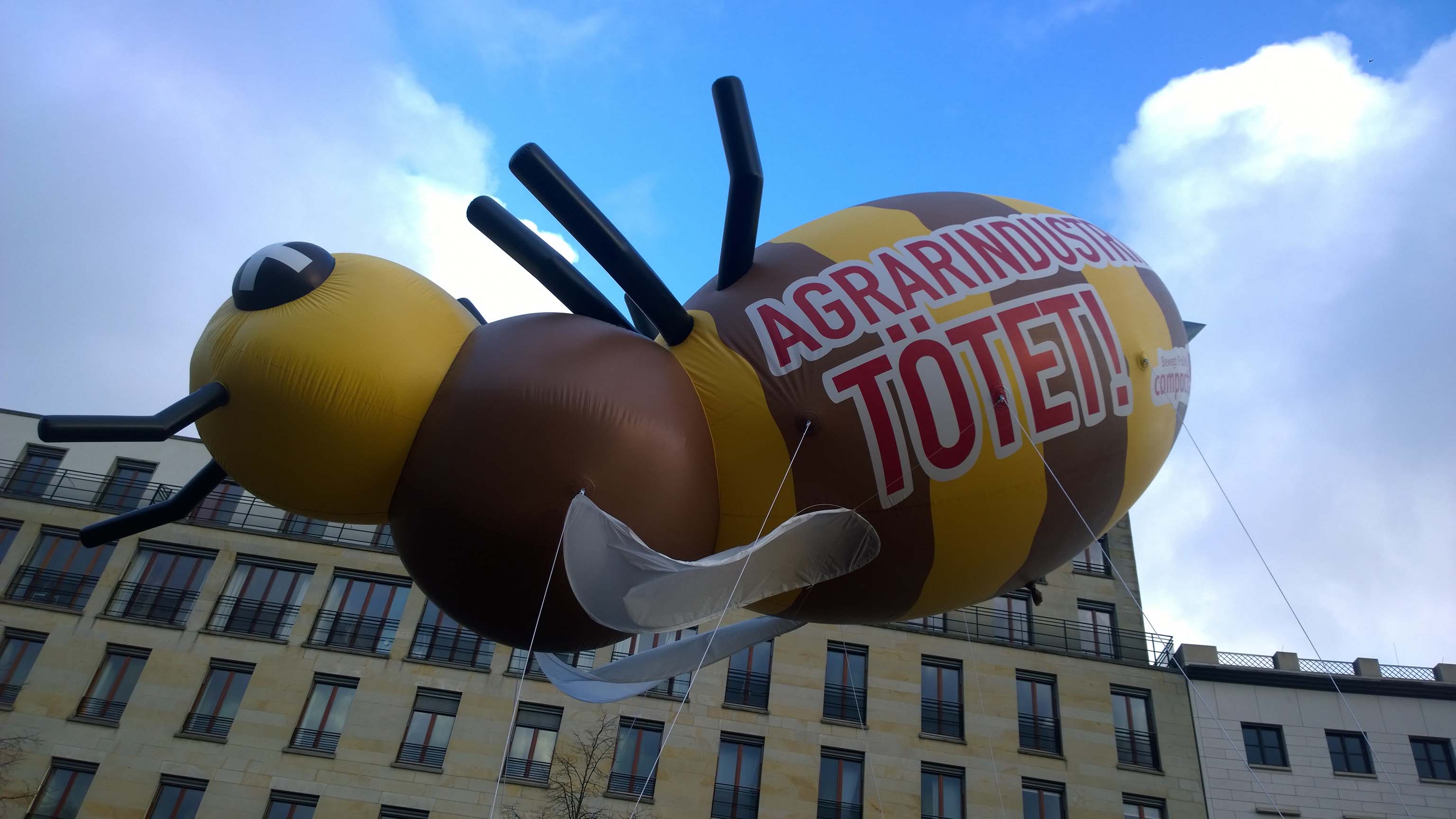