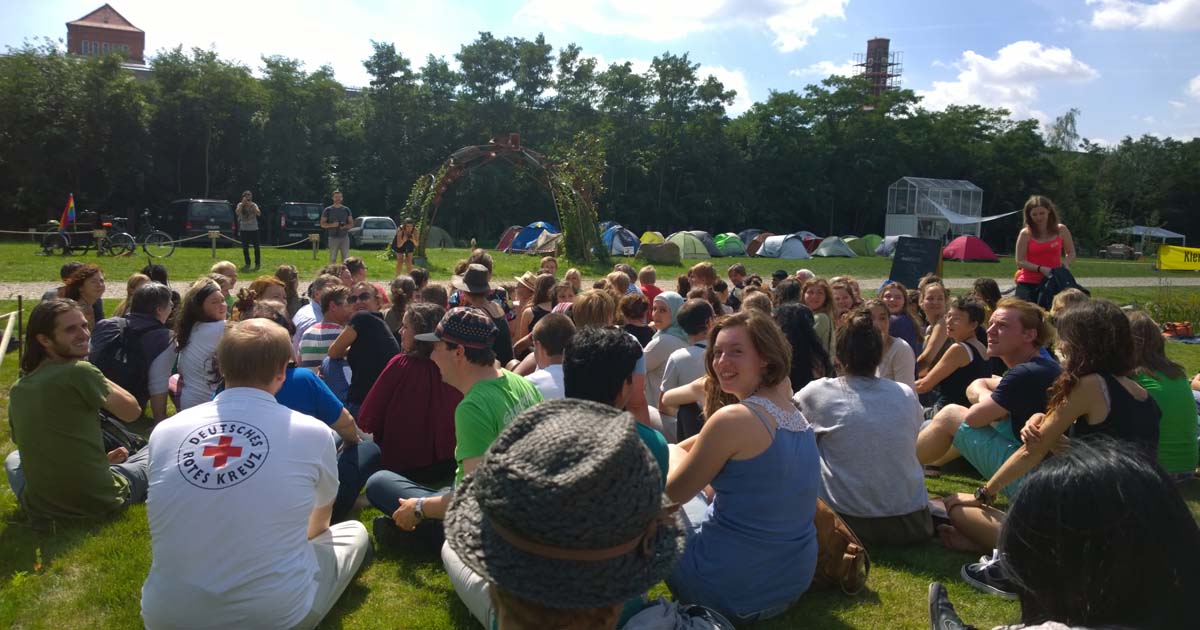 Honourable - Why do 30 million Germans work without a salary? (Part 1)

This is the first part of a three-part series in which we humans literally want to grab their honour.

Germany - a life taken for granted

Hi, I am Björn, those who don't know me yet may not know that I currently live in another industrial state of the European Union. Well, still!

Although I'm not planning to move yet, this state will probably soon no longer be part of the Union and if you're not one of the few news deniers, you certainly know now that I'm talking about Great Britain.

I would like to mention this here, because in this Wohlfahrtsstaat I was allowed to learn a lot about myself and about what makes us Germans so German and what I was allowed to learn from it. For example, at the beginning I often made fun of the fact that in many places in England the invention of the mixer tap for faucets has not yet really arrived and washing hands with warm water can therefore be a challenge. Most of the time this project ends with a freezing hand and one that is just scalding. If you haven't understood what I'm talking about yet, I recommend this short Video.

But also many other things, which were natural for me before, have lost their matter of course since life here a little bit. A lot of them are just little things and probably completely irrelevant for you and you want to know what this has to do with the headline? Well, there are a lot more typical German things that are taken for granted. Certainly also in yours and about it I want to write today and promise you that it will be more plausible after a few lines.

Social use at any time

Every day it happens a hundredfold. People in need. Be it a car accident with injured people or even deaths. Be it a house fire or the poor grandma who suffers a heart attack. It goes without saying that in Germany the emergency doctor or the fire brigade are there within a few moments when people, animals and property are in danger. All the same at which time! We dial 112 and the rescue service is on site within a short time. Of course this is so, or?

But there are also other areas. Many people at the Tafel take care of those in need - and when foreigners are rejected there because they are too busy, it is normal for the people to complain indignantly. Or, there are more and more people who say that the many immigrants are to blame. It's that simple. Those responsible have to take care of it. It is not for nothing that you pay the many taxes for which people work so hard! Who would you blame?

As you may notice, I have expressed myself somewhat provocatively so far and I hope that you have contradicted me inwardly here and there, because as you might have guessed, I want to point to something. In the described points there is a similarity and perhaps you have already guessed which one.

Many of those responsible, whose work we take for granted in our society on a daily basis, are volunteers or do voluntary work. Are you one of them?

So the overwhelming majority of people who help us out of trouble in the worst moments do this in their spare time - and free of charge!!!

Have these numbers surprised you? Well, I did, because although I am related to several firefighters through my own family and it should have been clear to me, I was never really aware of that.

But not only accident and disaster aid, rescue services or help for refugees and other people in need are areas that depend on people's honourable commitment. Further supporting pillars for a society are also the following areas

I am often criticized for my idealism, smiled at or asked how it should work at all. For example, that I want to live free of money/er. Or that I support the idea of the unconditional basic income. To be honest, I don't have a generally valid answer, that's not what it's all about, but there are already concepts and projects that want to make this possible; so I'm not all alone with this idea.

In a country like Germany, where not even dying is free of charge at the moment, but this may sound utopian at the moment and so I would like to stand up for at least one thing:

If you are not involved yourself, it is easy to blame others for grievances. All you need to do is listen to a few of the unreflected, short-sighted and disrespectful comments from politicians, such as the recent comments by the designated Health Minister Jens Spahn: "everyone has what they need to live ". But I don't want to go into that any further and at this point I certainly don't want to start a political discussion at all. Maybe I have time for it another time and everyone can form his own opinion about it. I am thankful that this is possible in Germany, because a lot has been achieved in the past - mainly by people who have stood up for their rights and the rights of their fellow human beings outside their professional activities. This also applies to the social state as we know it today, which probably would not have been possible without voluntary work. This shows us the History of voluntary work.

As I want to live in an environment where people live together in a friendly and helpful way and pay more attention to each other. For example, if older people are trying to get on a bus - would it not make sense for the bus to stop until that person has taken a seat?

I have unfortunately seen more than once older people, or children rolling through a bus. In our economic world it will not be long before resourceful bus companies come up with the idea (or steal my idea presented here) and offer a more expensive additional service for a longer standing time. Because, where there is a problem, there are also customers, or?

There are so many things that can be tackled and again and again it fails because not enough people change something, because you can't earn money with it, although it would be a good thing. For example, the Swiss Post had offered a service (with costs, of course) (Post Personlich) for older people, which was discontinued again due to insufficient customer demand. The point was that postmen, especially for older customers, should regularly check their mail and call for help in an emergency.

That this social idea is a really good thing, probably everyone would agree, but the implementation ultimately fails again due to economic efficiency. In my opinion, this story is sad and disappointing, but I am sure that there are still postal employees who offer such help on their own. And so every single one has the possibility to make his own position more important, like this honourable garbage collector.

Why do we make differences between what is paid and what is not? Who decides that? The market? - The market regulates itself" it says, but the problem is that this assumption is based on the assumption that we humans think and act rationally at all times. For some time now, however, science has been working to find out how our brains function and it has come out that we are anything but rational. An interesting and entertaining book on this subject is the book by Dan Ariely - "Thinking helps, but does not help ".

The reality looks more like this, everywhere in the industrial countries people work for the industry and a not so insignificant amount of people do tasks that are only designed to make other people consume and are either actually convinced that they can make the world a better place, or actually know for themselves that there is a huge expenditure for products that are announced as "innovation", but ultimately the same in the thousand one hundred hundredth variant. Well, the main thing is prosperity.

lobbyism actions, such as advertising songs for supermarkets singing?

The end is not the end

Let's sum it up: After all, there are more than 30 million people in Germany who volunteer, voluntarily or unconditionally unselfishly. Why do they do this? Because money isn't everything and certainly doesn't ensure fairness, community or happiness. Although money in our present society certainly provides as an aid for reaching these three points, the unequal distribution of money - and the compulsion to economic efficiency equally causes misery and grievances. Ultimately, money does not count, although it often seems so - it is people - and you are one of them!

Nowadays, the possibility to live out one's own individual wishes and goals are great achievements of the past, which we take for granted. Ultimately, however, we live in a social community (now even global) in which we are closely connected and have to take responsibility for each other, otherwise this freedom is quickly lost again. If we want to preserve freedom and at the same time demand the right to security, justice and social justice for one another, we must discuss these grievances and in particular the interrelationships and everyone must be willing to make their own personal contribution, even without financial consideration. YLP is an honorary initiative, which informs about the connections of different social topics [here you can inform yourself]. Not only does it take about 30 percent of the population to take care of the common good, it takes each of us in society to make it one.

But there is also criticism of individual initiatives. This should not mean, however, that those who fight the consequences of poverty should stop working, but above all that those who are in a position to fight the causes are obliged to take action and must also question their own role in the system. There are often big outcries when, for example, it becomes known again that a supermarket is throwing away food that is still intact. But honestly, how many people are willing to pay for "imperfect" products? What role do we ourselves play in the system? Don't we all make sure in the shop that we only spend "our money" on flawless products? Who takes responsibility? What should happen to the products that nobody buys? How should the balance between availability and surplus be struck? As (spoiled) customers, we play a role that should not be underestimated. If we are of the opinion that surplus food should go to people in need, doesn't this also mean that there must also be people in need somewhere? How do we ensure that there are enough people in need in society? Or doesn't it have to be that we should all work on a society where NOBODY is needy, but just a part of the community?

Your time is worth more than Gold

"Be yourself the change you want for this world" - Ghandi

How it works, and what you get out of it, you will learn in the next article. I will then give you some concrete tips and ideas on how you can get involved if you want to change something. If you are already volunteering, you will find some ideas on how to get more people to act and what mindfulness has to do with all this. Share your experiences and thoughts on the topic with us.