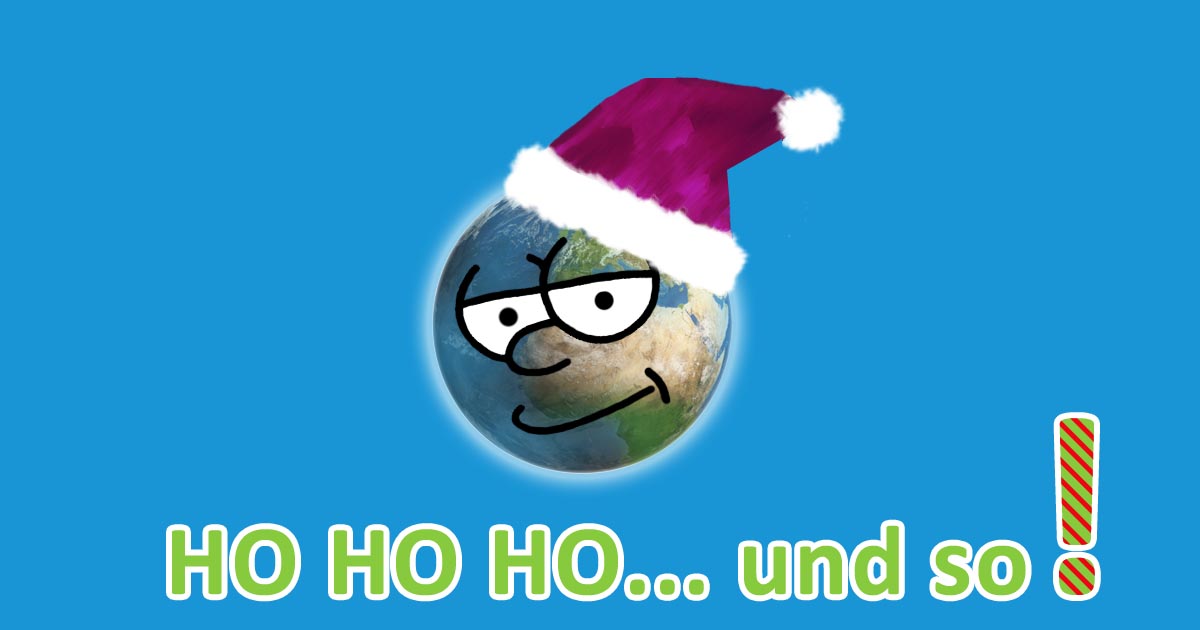 "Out in the woods, that's where I come from..." and I have to tell you I'm pretty warm," the little planet mumbled. And because he was sweating so much, his seas grew a little too. Well, with such a thick pom-pom on the beet you can hardly stemm the wintry 9°C. However, with such a thick bobble on the beet. Pretty warm in the winter. But it was just fashionable to put on everything and every one of them a bobble... because cute and so on. The small planet thought that maybe people would like it a little more. Cute and all that. Because he hadn't felt like being liked for a long time. Everywhere people pecked at him, dug holes and took out raw materials, cut down woods, sprayed toxins into landscapes and much more. So without any consideration and without thinking about the small planet.

People don't worry about how expensive it is when the holes are superficially healed by a surgeon. Or the barber has to give the woods the old wild look. And what a can of "Perri Air" cost to sniff more oxygen. However, the thoughts of the small creatures that disappeared more and more from his surface, he tried to suppress them. Just like humans. You have to be happy today! Yes, it was hard for the small planet to feel the feeling of love these days, with everything that was done with it.

He looked carefully at the small village in front of him and wondered what kind of people were living there. Above all, how they would receive and treat the small planet that is completely foreign to you. But without friends, it wasn't easy to be alone just for Christmas. And the little planet didn't want to be alone anymore.

After approaching the village and one of the houses with little steps, the small planet peered through the window. Inside, in a rocking chair, an old lady sat alone in front of a fireplace and slowly rocked back and forth while she knitted something.

All right, thought the little planet, took courage, turned to the door and pressed the bell button.

"BING, BONG" echoed from inside. The small planet heard a rustling and roaches, then slow and louder steps. The door opened slowly and the old lady looked down at the small planet.

"I salute you dear wife, I am the earth. You don't know me, but I'm a little lonely at Christmas time and I was wondering if I might spend this year with you to make me feel less alone?"? The small earth scrambled uncertainly with its feet in front of the doorstep and looked hopefully with big eyes up to the old lady in anticipation of a rejection.

"But of course I know you, little earth. Why wouldn't I know you?" asked the old lady and a smile appeared on her narrow mouth. "And of course I want to spend time with you during those days. Because I'm alone, too. Come in and join me."

She opened the door a little more and stomped back to her chair in which she sat slowly and groaning. The small earth was visibly confused. You were known here? Was there a mix-up? Maybe a second planet that people have and know? Slowly the small earth entered the living room, took the bobble off and put it carefully together. So she stood there and looked at the old lady.

"You know me?" the small earth asked cautiously but curiously.

"But of course I know you, little earth. Everybody knows you. Every single one of them, big or small," the lady replied and started knitting again. "Why don't you think it's not like that?"

The small earth was now visibly confused. "People pester, disfigure and don't think of me. I just thought you didn't know me," she said, looking at the floor with a grinded expression.

That's... yes, we are human beings," said the old woman with a sad look. "We all know you. But many people have worries and needs and therefore think first of all about themselves and not about you. They don't realize that if they help you, they also help themselves and others. We humans often understand later in life which things are really important." She paused for a moment, thought about it and then went on."She was just my children. No one's here and they both moved to the big city. They say that they are happier there and have a great job. But they hardly come to visit, because they have to work so much to afford the more expensive rent and all the technical frills. These new portable phones as an example. Always the latest... but do you think they'll have more time to call me more often? People have to recognize faster which things are really important in life.... and which not." She smiled at the small earth. "Believe me... we people think about you a lot. And then there are those of us who do a lot to get you back into the memory of others who have so many worries. And to fight those who, out of sheer greed, are playing tricks on you." With her thin, spotty hand, the old woman tapped on the little stool next to her and smiled at the small earth invitingly. "Come and join me... I'll tell you more about it."

The small earth was touched and wobbled with small steps smiling towards the stool and her first new girlfriend to learn more about what moved people to be her as they are.